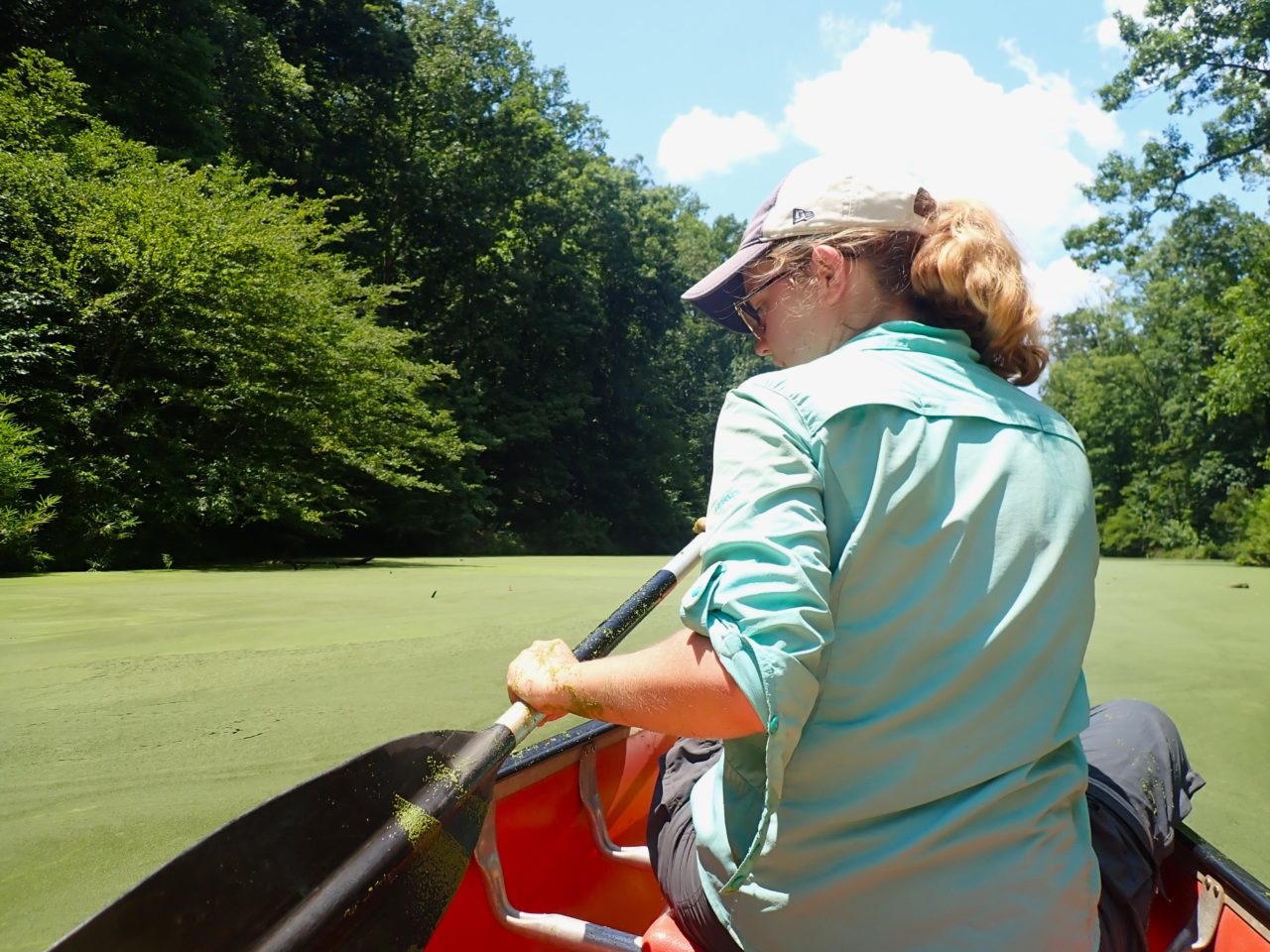 Photos and story by Olivia Allen

By 7:45 a.m. on Tuesday, June 21, Laura Naslund had already spent over an hour in a canoe on a little pond on the east side of Athens, Georgia. Naslund, a graduate student in the Odum School of Ecology and a 2022 Spencer Grant recipient, was finishing up the first field sampling event of her new research project. She’d started work early on Monday morning, and was still paddling a canoe out to measure gas emissions all over the pond 24 hours later.

“The idea is to understand the times, places and pathways that are most important for emissions,” Naslund said over a quick breakfast, “and then apply that information to a later study at more sites which examines the drivers of the differences in emissions between sites.”

There are 364 reservoirs in Athens-Clarke County, but only 23 of them are listed in the National Inventory of Dams, leaving hundreds of smaller reservoirs that receive far less attention from freshwater research and management alike.

Naslund believes these small reservoirs may have a much larger impact on inland water systems than we currently recognize. She hopes to expand our understanding of freshwater reservoir emissions by focusing research attention on the small ponds of Athens. The end goal of Naslund’s research is to help inform infrastructure decisions regarding which of these dams have the greatest environmental impact and which may be highest priority for removal.

“Particularly as we are about to have the largest infrastructure investment probably in my lifetime, I think now’s a good time to start thinking about how we can use ecological knowledge to inform where and what kind of infrastructure we have,” she explained. “And this project, I think, is a little bit unique among that body of work in that it’s focused on the end of an infrastructure life cycle.”

© 2022 NETWORK FOR ENGINEERING WITH NATURE. Created for free using WordPress and Colibri